Attention all producers… A website has been created for the sake of preventing unintentional copyright infringement by up-and-coming producers. The website is titled DontSample.Me, and it was created by Morgan Crozier.

Crozier has developed a list of 2,878 musicians, including many popular producers, whose work is illegal to sample or remix. An independent producer choosing to make these particular edits risks a DMCA (Digital Millennium Copyright Act) takedown notice.

This website is more useful than ever, as we constantly see aspiring producers being punished for uploading samples and remixes of other artists’ work. The battle between major record labels and independent producers on SoundCloud can potentially be averted if producers take the time to read websites such as DontSample.Me. 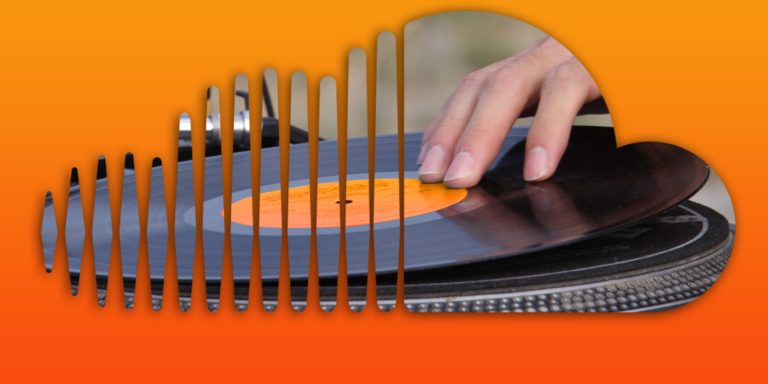 “The artist doesn’t even know that sometimes,” says Morgan Crozier, a 23-year-old musician and entrepreneur from Austin, Texas, who has researched music copyrights extensively. “They don’t even know that they don’t own their music.”

Based on his research, Crozier has created a microsite called DontSample.Me, which lists nearly 3,000 artists whose labels—mostly the majors—frequently issue takedown notices against online infringing content. Despite the abundance of “Turn Down for What” remixes on SoundCloud, Lil Jon is one of the artists listed, because he releases music through Columbia and Epic Records, which are both subsidiaries of a major label, Sony Music Entertainment. “He’s still a high-risk artist,” says Crozier.

…As of late, independent artists have been under fire as DMCA (Digital Millenium Copyright Act) takedowns are being handed out faster than DJ mixtapes in the ’90s. Although we have artists such as Kaskade urging other producers to breathe new life into his signed releases, it just isn’t enough.

A personal project conceived by Morgan Crozier will assist producers by acting as a takedown safeguard, protecting the creative vision of independent artists. His website DontSample.Me is a resource for producers who would like to save themselves from any copyright infringement legal action and the headache that comes along with it. Here, you will find a collection of names including Zedd, Tiësto, Steve Aoki, Eric Prydz, Disclosure, deadmau5, Avicii, and the list goes on… and on and on, until it reaches its current total of 2,878 artists. These are the artists you don’t want to mess with (if the dance music industry were the mafia, they would be the “made men”). If you’re thinking about throwing a sample into your new banger, do yourself a favor and keep this site on-hand.

If you’re a producer who samples other tracks or a DJ who wants to post your mixes online, here’s a way of avoiding tiresome and expensive hassles down the line.

The DontSample.Me database posits itself as the best available list of all of the major label artists currently issuing takedown notices across the internet.

Want to know which artists are issuing all the DMCA take-downs of bootleg remixes and uncleared sampling of their music? Careful what you wish for, because now there’s a comprehensive (and growing) list of 2,578 musicians that are actively policing any and all unauthorized samplings of their work, over at DontSample.Me.

The site’s “about” section goes on to explain DontSampleMe’s creator Morgan Crozier’s motivation for posting all this information, stating that he believes the ongoing takedown crisis “can be avoided and even removed entirely as a problem.”

Want to know which artists are issuing all the DMCA take-downs of bootleg remixes and uncleared sampling of their music? Careful what you wish for, because now there’s a comprehensive (and growing) list of 2,578 musicians that are actively policing any and all unauthorized samplings of their work, over at DontSample.Me.

The site’s “about” section goes on to explain DontSampleMe’s creator Morgan Crozier’s motivation for posting all this information, stating that he believes the ongoing takedown crisis “can be avoided and even removed entirely as a problem.”

What to make of all of this? We honestly couldn’t agree more. The genie is out of the bottle and it is simply not going back in. The music industry has long since decided the path that they are going to take through this current era of sampling and remixing, and there isn’t a damn thing we can do to change that path, aside from eking out a better one for ourselves as listeners and artists. The message from big labels policing these works should be crystal clear by now: “we do not want you to remix our repertoire and property, no matter how much you or anyone else would like it.”

As the copyright battle heats up between music discovery platform Soundcloud and independent producers who face multiple takedowns and eventual terminations of their accounts has come an insightful site that gives you an early warning as to who to avoid sampling to pass major label wraths.

US creator Morgan Crozier, behind ‘DontSampleMe’ has compiled a list of 2578 artists to date that actively pursue any improper use of original works, mainly global stars including Hip Hop royalty Tupac, 50 Cent, Aaliyah and Eminem as well as dance producers 3LAU, Eric Prydz, Fatboy Slim, Jessie Ware and James Blake among others.

This all in turn gives people a green flag solution on what music you can freely work with or alternatively less of a chance to be deleted as well as the debate that if content creators start avoiding these artists… what exactly will happen to their careers? Less people experimenting with their sounds becomes less people becoming aware of them or their new output and eventually the cease of their livelihood as artists.

The recent copyright crackdown has undoubtedly frustrated many independent and up and coming artists. DCMA takedowns on Soundcloud that were once semi-regular have become the new norm. However, despite the pressure from big labels, a new website is offering a simple solution to the copyright war – just don’t sample it.

DontSample.me is the brainchild of Morgan Crozier, and is proclaimed to be, “the most cohesive list of musicians that are signed to major labels who are known to take action against people using their work, even if they’re in the right.”

In essence, Crozier has compiled a list of musicians whose labels are known to be copyright enforcers, so you can avoid the living hell out of them. While, this may seem like anything but a fix to the whole problem, it does take a step in the right direction. If people do genuinely begin to avoid mixing or sampling based on the way an artist’s label handles copyright enforcement, that might be the first step to long term change.

As SoundCloud begins to work more and more with the major labels, the DMCA takedown requests of unauthorized bootlegs, remixes and mixtapes is becoming more and more prevalent. Luckily someone has put together a list of 2,578 musicians that are actively patrolling SoundCloud.

A new site has come to my attention and it’s playfully titled DontSample.me. It has a rather lengthy list of bands, groups and artists that have had DMCA take down notices issued for their music.